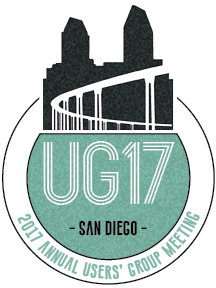 One Call Concepts, Inc. (OCC), notification service provider for Gopher State One Call (GSOC), initiated their annual Users’ Group (UG) Meeting in 1997. OCC’s goal was to provide the notification centers they served with insight into their plans for future growth and technology development. Customers value this opportunity to discuss upcoming endeavors with OCC’s Management and Systems teams and to collaborate with other 811 notification centers. The 2017 OCC Users’ Group Meeting was held at the U.S. Grant Hotel in San Diego, CA from September 19th- 21st. This year’s unique meeting marked OCC’s 20th annual UG Meeting and 35th year of operation.

The center displays presented in the hotel foyer were a special addition to this year’s meeting. Displaying these booths provided attendees with physical examples of promotional items and banners from states across the country, in the hope of inspiring new outreach ideas for their own companies. Two damage prevention icons, the 811 Car and 811 Bike, were also on display. Jimmy Jennings, sole operator of the 811 vehicles, was on the scene to distribute promotional hats and t-shirts. 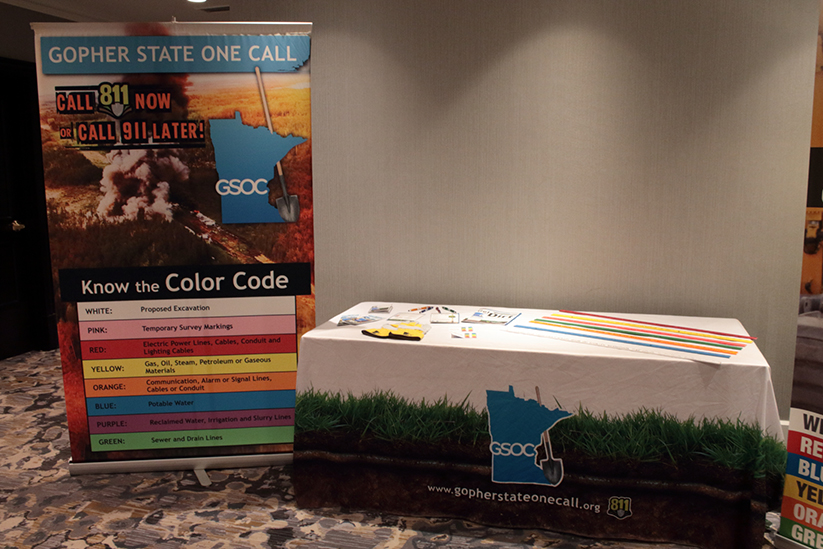 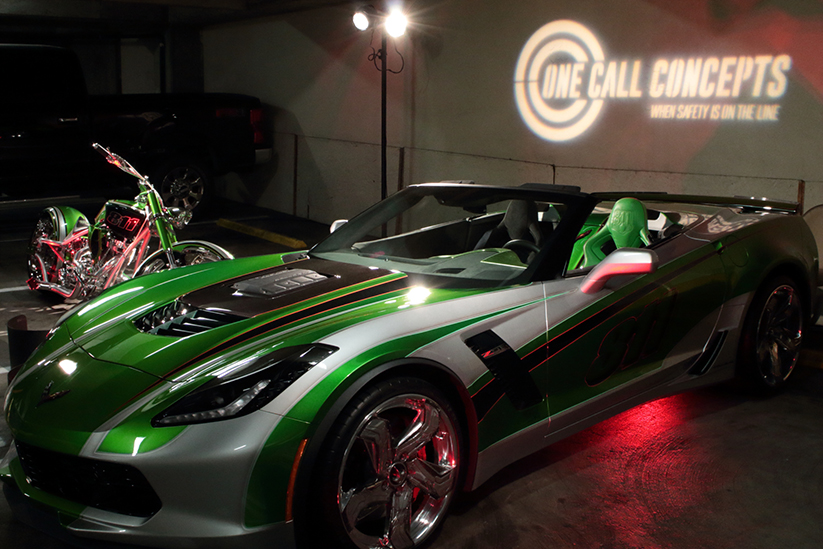 Throughout the two and a half days of the meeting, presenters led discussions on a variety of topics, including:

Each of the presentations were informative, and attendees were invited to share their experiences in promoting damage prevention. Everyone freely discussed the pros, cons, and costs associated with the projects they had undertaken.

Special guests included Cliff Meidl, an 811 advocate/public speaker and former U.S. Olympian, Robert “Nub” Collard, owner of Nub Grafix and painter of both 811 vehicles, and Mark Stowe, the owner of 811 Outdoors and the host for his new fishing show “The Direction” that incorporates the 811 message in each episode. All three guests were on hand to connect with attendees throughout the meeting and at the networking events. OCC commissioned Nub to custom paint 811 shovels for all OCC-operated notification centers. See below for GSOC’s custom shovel.

The annual OCC Users’ Group Meeting gives everyone who attends a forum to connect and collaborate on the mutual goal of damage prevention. GSOC was pleased to attend this year’s meeting and other meetings to come!