Many excavators have been affected by CenturyLink Inc.’s transition to a new locating company to mark the location of CenturyLink underground facilities in Minnesota as of April 1, 2019. CenturyLink has provided Gopher State One Call with the following list of questions and answers from an excavator’s forum teleconference hosted by CenturyLink on May 6, 2019:

Be on the Lookout for Private Facilities

Private underground facilities, also called customer-owned facilities, may be found anywhere, including your excavation site. Chapter 216D requires operators of lines buried in the public right-of-way to register with Gopher State One Call (GSOC), so these lines will be marked as the result of a locate request. Privately-owned facilities, like utility lines that serve heaters for hot tubs, gas barbecues, electric security lighting, invisible dog fences, farm taps, buried sprinklers systems, and many others, are not marked when locators respond to your GSOC request, since they are the owner’s responsibility. Let's take a look at some common types of private underground facilities. 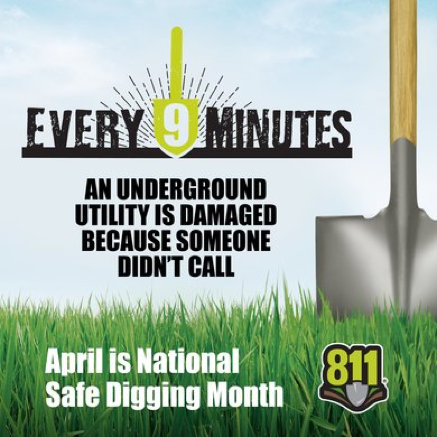 Spring is here, and with it comes the busy excavation season! That’s why April is National Safe Digging Month (NSDM), an entire month dedicated to educating the public about excavation safety. During NSDM, the underground damage prevention industry focuses on reminding the public about the important role they play in protecting the complex underground network of pipelines, wires, and cables buried beneath our feet. 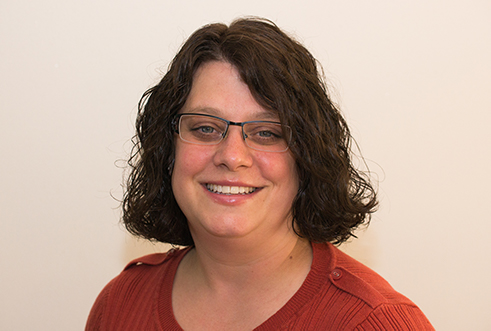 She started working in the underground utility damage prevention industry in 1998 when she was hired as a Customer Service Representative for the Ontario One Call Center. Tammy quickly became a Lead Operator and then in 1999, she was promoted to Supervisor. In 2000, Tammy transferred to Minnesota and was promoted to Office Manager, where she oversaw the operation of GSOC, North Dakota One Call (NDOC), and the Lone Star Notification Center (now known as Lone Star 811 in Texas). In 2002 and 2006, Tammy assisted with setting up successful operations for Missouri One Call and New York City/Long Island One Call (now known as New York 811) respectively. Tammy oversaw the Minnesota Process Improvement Committee (PIC) for several years and served as a member of the GSOC Operations Committee. In 2011, she continued to serve as Office Manager for NDOC and Lone Star 811 until late 2015, when she played a key role in the OCC cutover of GSOC. She then accepted the GSOC Office Manager position once again, having over two decades of industry experience to help her excel in the role.

Tammy welcomes stakeholders to reach out to her with ticket-related questions and feedback. Communication between all affected parties is vital to help protect MN’s buried infrastructure. GSOC is always looking for ideas to enhance their online tools to meet the needs of their stakeholders. GSOC’s top priority is for users to create safe and accurate tickets each and every time.

GSOC values Tammy as an asset who manages employees and keeps the center operating at its best! Feel free to contact her by calling 651-681-5700. 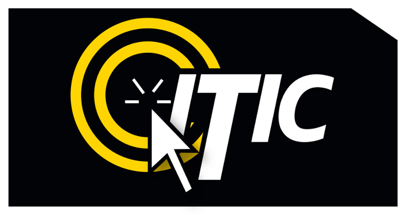 Did you know that Gopher State One Call (GSOC) offers ITIC Online Ticket Entry training webinars every Wednesday? Lisa Freeman, In-House ITIC Coordinator, and Jo Ware, Traveling ITIC Coordinator, host FREE weekly webinars to educate stakeholders on how to best use this important tool. They can also schedule webinars at any time if the set times do not work for the user.

Excavators have chosen ITIC as the most popular way of submitting tickets to GSOC. Key ITIC features like easy navigation, interactive mapping, auto-populated user-created profiles, filing an unlimited number of tickets in one session, and a live help chat (during normal business hours) help users save time and increase efficiency.

Whether you’re a new user getting ready to file your first ticket or have some experience and are looking for a refresher, these FREE educational seminars are for you. As always, remember to contact GSOC at least 48 hours in advance, excluding weekends and holidays, every time before breaking ground. Do your part to excavate safely and help protect Minnesota’s buried infrastructure!